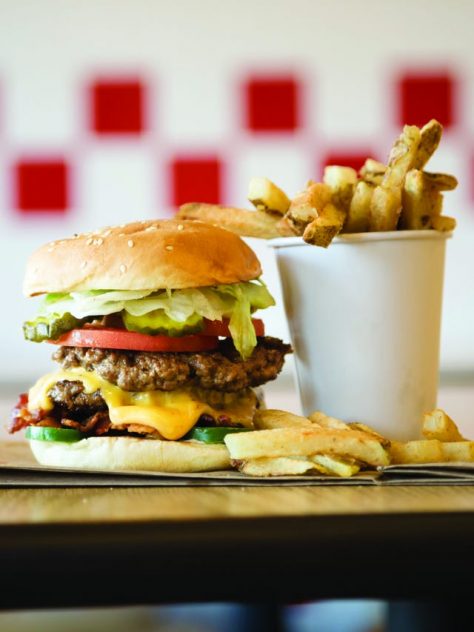 New York is the number one state in the country for digital accessibility litigation, surpassing every other state by a landslide. A total of 1564 lawsuits were filed in New York in 2018 alone, more than four per day. New York is part of the second district circuit court system, which has ruled, through these cases, that all websites are considered places of public accommodation, and some of the most significant, precedence-setting lawsuits have been filed and adjudicated in this state.

Two of the most prominent cases in New York, which have set legal precedence for web accessibility litigation, are Blick Art Materials, LLC. and Five Guys Enterprises, LLC. burger restaurant. These two cases, filed within a month of each other, both ruled that plaintiffs who are blind may recover damages if they are unable to receive goods or services from a company whose website has a nexus to a physical location serving as a place of public accommodation. Second district courts ruled that it’s often too complicated to determine exactly when a website stands alone and when it has a nexus to a physical location, or what elements of a website are specifically connected to a physical location and which are exclusively online. In 2018, colleges and art galleries were targeted in two class-action lawsuits, arguing that a number of businesses in these specific industries failed to provide services to those with blindness or visual disabilities.

In the case of Blick Art Materials, LLC., the plaintiff was unable to purchase art supplies online for home delivery, which was considered a service offered by the store. Judges focused on the fact the ADA states that services “of” a store, not necessarily “in” a store, must be accessible. Websites, which are services the store offers, must be accessible, even if specific services on the website (coupons, special sales) aren’t exclusively for use in the store. It would be illogical, they ruled, for a website to pick apart each item offered and only make accessible those features that are specifically for use in the physical store location.

A similar verdict was reached in the case of Five Guys Enterprises, LLC. The plaintiff was unable to order a burger with her preferred toppings for home delivery. While she wasn’t actually ordering a burger inside the restaurant, which is a place of public accommodation, she was ordering her burger for delivery and therefore was using a service offered by a place of public accommodation.

Another major lawsuit was recently filed in New York state against schools all over the country. All of the schools named in this lawsuit were featured at a career fair that plaintiff Jason Camacho attended, and since all the colleges were there to recruit potential students from New York, they could all be sued under New  York state jurisdiction. When Camacho attempted to look up the schools online to get more information, he found that their websites were inaccessible. As such, the schools violated the Americans With Disabilities Act, New York state’s human and civil rights laws, the Rehabilitation Act of 1973, and the New York City Human Rights Law.

Art galleries might not be the most obvious targets for digital accessibility lawsuits, but art galleries are also considered places of public accommodation and cannot discriminate against any visitor. Manhattan resident Henry Tucker is blind and was unable to access the websites of 75 prominent art galleries in the New York City area. Once again, company websites were considered services offered by their corresponding place of public accommodation, and also needed to be made accessible. Not all people with visual disabilities are completely blind, and even those who do experience complete blindness have the right to access cultural institutions.

The two class-action lawsuits, filed by Camacho and Tucker, both shared a common prosecuting attorney, Jeffrey M. Gottlieb. While Gottlieb has been criticized for filing what many called “drive-by lawsuits,” he reminds critics that the ADA has been in place for nearly 30 years, giving businesses ample time to comply.

After 30 years and thousands of lawsuits, the Department of Justice still hasn’t provided specific guidelines that clearly outline what companies are required to do to ensure their websites don’t discriminate. While some find the lack of regulations frustrating because businesses have no clear guidelines for following the law, others see it as more inclusive because it leaves room for updates and new developments in technology. Precedence-setting cases have provided some clarity to the issue.  The consensus among the courts is that meeting WCAG 2.1 guidelines ensures websites are accessible.

Accessibility is about Equality

It may seem as if being unable to buy art supplies, finding information about a museum, or ordering a burger with all the preferred toppings are trivial problems, but the contention isn’t about cheeseburgers or oil paints at all. It’s not about any particular college or art appreciation. It’s about a person being denied the opportunity to participate in normal, everyday activities like anyone else, whether that’s enjoying a meal or connecting with others through education or art. People with disabilities live much of their lives the same as those without. They eat, shop, go to school and work, eat at restaurants, enjoy arts and entertainment, and raise their families.  Accessibility isn’t about the small things that are behind technological barriers from some, it’s about acknowledging that everyone should have the same access to the goods and services being offered.

While New York businesses may be alarmed about the news reports of so many digital accessibility lawsuits being filed in their state, it’s also motivation for all New York businesses to be proactive in their website design policies, making sure websites are accessible from the beginning. While many businesses have faced litigation, there are now that many more websites that are accessible to all people. And that is definitely good news.

To learn more about digital accessibility laws in your state, visit our Digital Accessibility Laws and Regulations page.