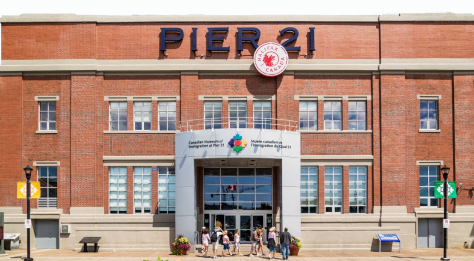 In an effort to meet the Accessible Canada Act (ACA) and the Accessibility Act requirements for Nova Scotia, the Canadian Museum of Immigration at Pier 21 chose Equidox PDF remediation software to help make their PDF documents accessible for people with disabilities.  Colin Timm is a graphic designer and photographer for the museum. He produces advertising and large format files for the website development team.  Timm says, “Equidox is the easiest piece of software I’ve worked with.”

Pier 21 maintains its popularity and accessibility

The Canadian Museum of Immigration at Pier 21, in Halifax, Nova Scotia, is often compared to Ellis Island. Pier 21 represents the same importance to mid-20th-century immigration to Canada. In 2011 it was taken over by the Canadian government.  Now, the Pier 21 Story exhibition shows visitors what it was like to immigrate through Pier 21 between 1928 and 1971. It’s a very interactive museum and was voted one of the top three museums by readers of The Coast magazine in Halifax four years in a row.

The museum is now in the midst of updating its website and digital documents to meet the Nova Scotia Access by Design framework for compliance with the Accessibility Act.  Going forward, all content on their website will be accessible.

Many files distributed by the museum and found on their website are PDFs. The files include ads, the 80-page annual report (produced in French and English with 50-60 pages of financials), the 40-page Impact Report (includes descriptions of all programs), and a document produced twice annually called Passages that includes stories from around the museum.

Referred by an accessibility non-profit

To meet the Accessibility Act requirements, Colin Timm was looking for a software solution to make these PDF documents accessible.  Rick Hansen of the Rick Hansen Foundation had given several talks at the museum, so Timm contacted the Foundation for advice on how to deal with the PDFs. The museum uses Creative Cloud Suite for Adobe (Illustrator and InDesign) to create its PDFs. But Adobe doesn’t easily allow the user to make PDfs accessible. The Rick Hansen Foundation told Timm that their staff has been using Equidox for a few years now and have found it very easy to use.

After trying the software, Timm says, “It’s an amazing tool. It was very easy to get up to speed. The financial sections were tough, so working with Dan Tuleta [Equidox Sales Engineer] was very useful. He helped us with the tables, and remediation went from 10 minutes to less than 60 seconds per table.”

Timm has attended several of the free Equidox webinars and used many of the free tutorials. “The tutorials and videos are very easy to follow,” says Timm, “And Dan and the team are phenomenal.  Dawn, our account manager, is outstanding.  She stays in touch and is always at hand. Equidox is very hands-on which is great to know.”

Pier 21 is determined to ensure its information about Canadian Immigration in Nova Scotia aligns with the Accessibility Act requirements. With the help of Equidox software to make all their PDFs accessible, the museum is making its digital content accessible for everyone to enjoy.