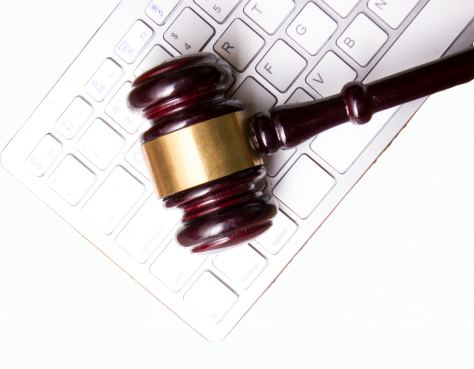 As predicted, 2021 saw a significant increase in digital accessibility litigation with a total of 4055 cases. Plaintiffs filed an average of 10 cases per day, a 15% increase over 2020. That number included all cases referencing website, app, or other digital ADA violations. Nearly 500 of the defendants targeted had faced lawsuits in the past as well. This highlights the importance of not just “patching” accessibility fixes onto website issues but fixing the root of the problem to create a totally accessible digital experience for all visitors.

Gil v Winn-Dixie, one of the landmark cases of digital accessibility, is still turning heads in 2022. While the original district court ruled in favor of Plaintiff Gil, the 11th Circuit reversed the case in April of 2021, deciding that websites should NOT be considered places of public accommodation. However, when the decision was appealed, the Eleventh Circuit ruled to throw everything out and start from scratch. It not only dismissed its prior decision reversing the district court, it also vacated the district court’s original decision in favor of the Plaintiff. By the time this decision took place, Winn Dixie had already made its website accessible, per the order of the original court decision. Because the website was accessible, there was no longer an “active” dispute happening between the parties. The previously imposed three-year injunction had also expired in 2020. In the absence of an active dispute, the court must dismiss the case as moot. This new ruling highlights how a lack of clear regulations leaves organizations uncertain of the law. The best course of action is to err on the side of caution and make your website accessible by Web Content Accessibility Guidelines (WCAG) specifications.

California’s Golden State Warriors faced an ADA lawsuit because Plaintiff Nyo Hak Chu, who is visually impaired, could not fully access the team’s online store. She sued the Golden State Warriors in January of 2021 as a class action complaint in Northern California. She alleges the team’s website violated both the ADA and California’s Unruh Civil Rights Act, which protects California citizens with disabilities and other groups against discrimination in the state.

Plaintiff Christian Sanchez filed a complaint in New York Federal Court last February against Robinhood Markets, Inc.. He alleges that the trading app was inaccessible to users with disabilities. Among the violations, Sanchez claims Robinhood did not include alt text for images and that many links did not contain text, causing navigation issues. He alleges these issues violate both the Americans with Disabilities Act (ADA) and the New York Human Rights Law. He filed similar lawsuits against other financial platforms on that day as well.

The Champaign-Urbana Mass Transit District (MTD) entered into a settlement agreement with the Justice Department in December of 2021. The MTD had allegedly violated Title II of the ADA by failing to make its website and other digital resources accessible to people with disabilities. As part of the agreement, MTD will make its website accessible by meeting Web Content Accessibility Guidelines 2.1 AA. Additionally, it will invest $100,000 to improve its services for people with disabilities. According to Assistant Attorney General Kristen Clarke, “Equal access to public transit systems is critically important for the independence of people with disabilities and is required by law.”

Most digital accessibility litigation ends with courts requiring the defendant to make its website accessible. Courts most frequently refer to Web Content Accessibility Guidelines (WCAG) as the benchmark by which to evaluate accessibility. With the continued increase in digital accessibility litigation, the best way to avoid lawsuits along with the costly legal fees and reputation damage that go with it is to make your website and all your digital resources fully accessible in the first place in accordance with WCAG.