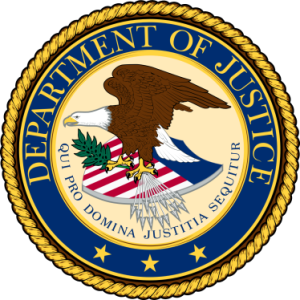 On November 9, 2022, the Department of Justice (DOJ) agreed to catch up on its Section 508 reporting responsibilities. The DOJ is long overdue to submit its biennial accessibility progress report, which updates Congress, the President, and the public on the federal government’s Section 508 initiatives. The DOJ last submitted this report in 2012.

This overdue report did not go unnoticed. In June of 2022, Senator Robert Casey, Chair of the Special Committee on Aging, sent a letter with bipartisan support to DOJ Attorney General Merrick Garland addressing the DOJ’s oversight. The response letter, sent by Assistant Attorney General Carlos Uriarte, underscores the importance of digital accessibility and the DOJ’s role in supporting Section 508.

While this status report is just one small piece of Section 508 compliance, it is important because it gives the public a look into what federal government agencies are doing to comply with Section 508 and make their services and information available to everyone. In doing so, it helps hold federal agencies accountable. It also serves as an example for private organizations in absence of clear regulations for enterprise companies.

While the last publicly available Section 508 report from the DOJ was issued in 2012, compliance with Section 508 has been tracked internally to some degree by the Office of Management and Budget (OMB) and the General Services Administration (GSA).

Section 508 also requires the GSA to collaborate with the Chief Information Officers (CIO) from every Federal agency. The GSA must organize calls every 6 months with the CIOs to gather and analyze information to find ways to collaborate to improve digital accessibility. The GSA also reports twice per year on Section 508 implementation. These reports are used to make recommendations to federal agencies on how to enhance compliance. Much of the information from this internal document is similar to what the DOJ will provide every two years in its publically available report. Making this information publicly available is essential for transparency and accountability.

In addition to the report, the letter points out the DOJ’s intention to amend ADA Title II to include technical digital accessibility standards for state and local government agencies to follow, as Section 508 does for federal agencies. It also demonstrates the DOJ’s active ADA enforcement, highlighting five settlement agreements it has entered into with major pharmacy and grocery chains to make vaccine scheduling websites accessible.