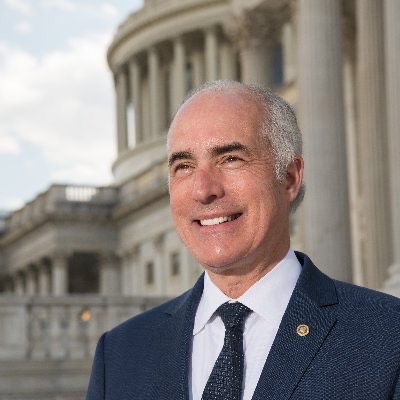 U.S. Senator Bob Casey of Pennsylvania, the chairman of the US Senate Aging Committee, is passionate about making our increasingly digital world more accessible for everyone. While the Americans with Disabilities Act identifies the rights of people with disabilities, Casey has worked to encourage compliance by calling on the Department of Justice (DoJ) and other organizations to enforce existing protections for these rights. In one of his letters to the DoJ he asserts,  “For people with disabilities, website accessibility and other forms of accessible [technology] are necessities—not luxuries or conveniences—that foster independence, economic self-sufficiency and active, meaningful participation in civic life.”

Casey’s most recent letter to the Department of Justice identifies its failure to uphold portions of Section 508. Under Section 508, the federal government is required to make its websites accessible to people with disabilities. Section 508 also requires the DoJ to report on the accessibility status of these websites every 2 years. This allowed the DoJ and the taxpayers to track and monitor what progress federal websites are making towards accessibility. However, the last progress report was released in 2012 and “reflected serious gaps” in accessibility. The bipartisan letter demanded that the DoJ publish an updated report. It is up to the Department of Justice to hold agencies accountable for digital accessibility by requiring them to report on the status of their website and accessibility initiatives. Casey and the other senators who signed the letter wrote, “Without regular reports, Congress, taxpayers, and agencies themselves lack a crucial source of feedback for identifying and resolving longstanding accessibility issues.”

While this most recent letter focuses on Section 508 and its application to federal agencies, Casey requested other guidance from the DoJ in regards to state and local accessible government websites as well. An earlier letter sent from Casey to Attorney General Merrick Garland in June encouraged the DoJ to “to provide better guidance and regulations to help state and local governments better comply with the Americans with Disabilities Act’s (ADA) accessibility requirements on their websites, mobile applications and other forms of technology.” According to Casey and his fellow senators, “Although the Department has clearly stated that the ADA applies to such digital spaces, the lack of specific requirements or technical compliance standards incorporated in regulation has led to a widespread lack of meaningful digital accessibility for people with disabilities.”

Casey and other senators have also called on the VA to make its websites accessible to everyone, particularly veterans with disabilities. Despite Casey’s attempts to encourage digital accessibility within the VA by passing the Veterans Affairs Website Accessibility Act in 2020, a recent report showed that only 10% of VA websites were accessible.

With this increase in attention to the need for accessibility and compliance with Section 508 and the ADA, government organizations must focus their efforts on making their websites and digital resources accessible to everyone. Digital accessibility doesn’t just mean making web pages accessible. It also includes files stored on your website that the public need to access, such as information brochures, forms, billing statements, public memos, and more. PDFs are notoriously inaccessible unless they’ve been specifically tagged for accessibility, even if the source document was accessible from the start.

Choose an easy-to-use software like Equidox so anyone who creates and distributes content for your organization can easily make remediates their own PDFs. If you’ve got a significant backlog of inaccessible PDFs you can easily and quickly train a group to remediate them, or outsource the project to the Equidox services team.