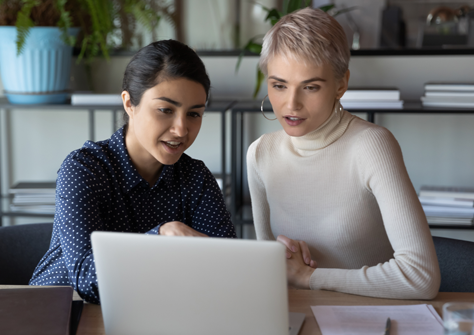 The Rehabilitation Act of 1973 was updated in 1998 to require all federal government agencies to make their electronic and information technology (EIT) accessible to disabled employees and members of the public. This new part of the Rehabilitation Act is known as Section 508. It applies to all federal agencies that develop, maintain, procure, or otherwise use EIT. Because it applies to government procurement as well, Section 508 extends to organizations that want to sell their products or services to the government, federal contractors, and any other organization that receives funding from the federal government.

Section 508 requires all federal agencies to give employees and members of the public with disabilities comparable access to information. To ensure compliance, the U.S. Access Board developed accessibility standards for agencies to follow. Accessibility and compliance are generally determined based on whether or not the agency’s ICT follows the Web Content Accessibility Guidelines (WCAG) 2.0.

Who does Section 508 cover?

People with disabilities who experience accessibility issues that violate Section 508 have two steps to enforce the law. Section 508 requires people to first file an administrative complaint with the department whose information was inaccessible, then they may file a lawsuit. Lawsuits allow plaintiffs to pursue private rights of action in court and reasonable attorney’s fees. Plaintiffs cannot recover punitive or compensatory damages. However, courts may award equitable remedies such as declaratory and injunctive relief to plaintiffs.

The U.S. Access Board encourages agencies to have a system in place to handle administrative complaints.

Michael Leiterman was an employee of the Department of Homeland Security (DHS) who uses assistive technology in his job as an attorney for the U.S. Customs and Border Patrol Agency (CBP) because he is blind. Leiderman alleges CBP violated multiple Section 508 requirements by failing on many occasions to make ICT accessible to him, and that the accessibility issues caused damage to his career. Issues included software updates that caused the assistive technology on his work computer to crash or malfunction, and a failure to train other employees to create accessible email, among many other problems.

These accessibility issues caused Leiterman to spend considerable time working with the IT support team to troubleshoot issues instead of focusing on his job responsibilities, which he claims later caused his promotion to be denied. Most lawyers in his department received a promotion within the same amount of time Leiterman had been employed with CBP as long as they completed a set number of cases. He had been unable to complete that number because he was spending so much time working with inaccessible technology. Courts granted Summary Judgment in favor of the Plaintiff on his claim that DHS failed to promote him based on his disability and on his claim that DHS violated Section 508.

Virgil Stinnett, a small business owner in Hawaii who is blind, filed an administrative complaint under Section 508 alleging that the Small Business Association (SBA) website was not accessible. Stinnett uses assistive technology (AT) to access digital information, and because the SBA’s website was not coded for accessibility, people who use AT were unable to access information, fill out forms, or otherwise take advantage of the benefits offered by the SBA. Specifically, Stinnett wanted to apply for Section 8(a) certification through the SBA, which would allow him to do business with federal and private procurement markets. His business, Good News HI, provides military dining services, so the certification would greatly benefit his business. He claims that the inaccessible SBA website has cost him time and resources that he would not otherwise have had to waste had the site been accessible to him from the start.

The National Federation of the Blind (NFB) along with Social Security beneficiary Margot Downey, who is blind, filed an administrative complaint against the SSA, alleging it violated Section 508. Because the SSA website was not coded for accessibility, assistive technology users like Downey are unable to fill out forms or access information about their benefits on the website. As a government agency, SSA is governed by Section 508. Downey and the NFB are requesting the SSA update its website to make it accessible to all users.

How can government agencies and other organizations avoid violating Section 508? Accessibility is key.  There are a number of requirements listed in Section 508. The main goal of Section 508 is to offer all content in different formats. The way those formats are provided is up to the content creators. For example, a transcript and captions can be offered along with video or audio content. Images should include alt text explaining what they are and why they’re relevant. All website elements should be coded to be compatible with assistive technologies so devices like screen readers and braille displays can provide website content in audible or tactile formats to the user. Check out our Federal Regulations resource page to learn more about Section 508 and other state laws.