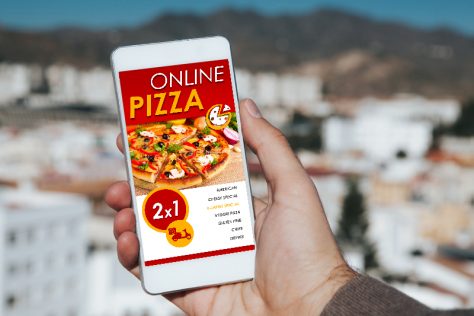 In 2014, Guillermo Robles claimed that Domino’s website was inaccessible and violated the Americans with Disabilities Act.  Robles, who is blind, was unable to order a pizza using the same features as a sighted person. This Domino’s lawsuit has been going on for five years.  It’s been to California federal district court, the 9th Circuit Court of Appeals, the Supreme Court, and back to the California federal district court, where it has been ruled upon in a summary judgment by Judge Jesus G. Bernal.

Domino’s argument has been that its website does not fit the definition of “place of public accommodation” specified in the Americans with Disabilities Act. While the case was at first dismissed by the California Federal District Court judge, Robles appealed to the 9th Circuit Court of Appeals.  The Appeals Court sent it back to District Court to be heard. Domino’s then appealed all the way to the Supreme Court, which declined to hear the case. Once more, the Robles v. Domino’s lawsuit was back in California Federal District Court.

The most recent ruling from the California District Court, in June 2021, states the following:

The District Court judge said that Domino’s mobile app must also be accessible to avoid violating the ADA and California’s Unruh Act. However, the case continues because courts have not determined whether or not the mobile app is accessible. This piece of Domino’s lawsuit still has to be argued.

Some important take-aways from this Domino’s lawsuit

There are a number of useful things to learn from this continuing case.  Firstly, court cases are long and costly. California’s Unruh Act allows for damages of at least $4,000 for each violation of an individual’s rights under the ADA.  Additionally, Domino’s may very likely be responsible for not only their own legal fees during this 5 year (and continuing) process but also those of the plaintiff, Guillermo Robles.

This case establishes another federal precedent that a website is a place of public accommodation, meaning that if it is not accessible, it violates the ADA. In California, that means it also violates the Unruh Act.

This case also is one of many that are citing WCAG as a measurement for accessibility, either in settlement terms or by a judges’ decision.  In this particular case, the judge has ruled that Domino’s must bring their website up to WCAG 2.1, the latest published standards.

What you should do to avoid lawsuits

To avoid becoming entangled in a lengthy and costly lawsuit, ensure that your website is accessible for all users. Given this recent court decision, WCAG 2.1 is the logical recommended standard.  Don’t neglect to include any PDF documents that are published on your website. A single inaccessible document could mean a lawsuit. If you’re not sure how to tackle PDF accessibility, we’re here to help.