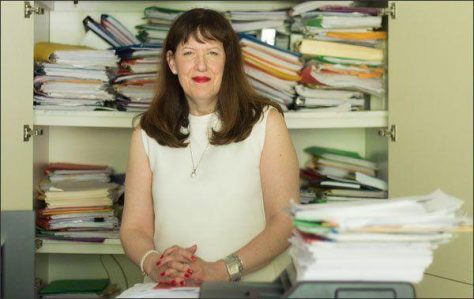 In February of 2020, the National Federation of the Blind (NFB), National Association for the Advancement of Colored People (NAACP), and the Council of Parent Attorneys and Advocates (COPAA) settled a case against the Office of Civil Rights (OCR) of the Department of Education (DOE). The plaintiffs had claimed that the OCR had failed to fulfill its stated mission to investigate discrimination claims.  The changes to the procedure manual allowed them to automatically dismiss OCR complaints from repeat sources and removed the appeal process for complainants.

In March 2018, the OCR changed its Case Processing Manual abruptly and without public notice and comment.

… OCR will dismiss an allegation, or, if appropriate, the complaint in its entirety, when:

a complaint(s) is filed for the first time against multiple recipients that, viewed as a whole, places an unreasonable burden on OCR’s resources. OCR may consider conducting a compliance review or providing technical assistance concerning the issues raised by the complaint.

Part of OCR’s mission includes investigating complaints made under Title II of the Americans with Disabilities Act, Titles VI and IX of the Civil Rights Act of 1964 and Section 504 of the Rehabilitation Act of 1973. The changes also eliminated the complainants’ right to appeal OCR decisions. OCR removed the entire “Appeals” section of the manual.

The NFB, NAACP, and COPAA all jointly sued the OCR to overturn these changes. Reinstating the previous policies will allow students and their advocates to pursue complaints through the process mandated by the OCR’s mission.

In 2018, over 12,000 OCR complaints were submitted — nearly a quarter of them, however, came from three people. Marcie Lipsitt, a special education advocate in Franklin, Michigan, estimates that over the past two years, she has filed more than 2,400 OCR complaints to the Education Department against educational entities that have websites that are inaccessible to those who are blind or visually impaired, or who cannot use a mouse to navigate a website. Lipsitt’s targets have included school systems, universities, library systems, and state departments of education.

“Nothing in the law says anything about not investigating any complaint when there’s a burden on resources. This flies in the face of Section 504 and the ADA,” Lipsitt said.

After the policy change in March of 2018, the OCR began closing pending civil rights investigations brought by mass filers that it said place an “unreasonable burden” on agency resources. As a result, over 700 complaints against educational institutions were dismissed by the OCR. Advocates for educational rights across the country filed many of these complaints.

According to The 74, “In letters to Lipsitt, federal investigators cited a provision that says cases [would] be dismissed if they demonstrate “a pattern of complaints” filed by an individual or a group against multiple recipients. The department will also dismiss a complaint that is “filed for the first time against multiple recipients that, viewed as a whole, places an unreasonable burden” on OCR resources.”

The Complaints are Valid, Despite the Source

Though she was filing many cases, Lipsitts’ cases were legitimate complaints, said Seth Galanter, currently the senior director for the National Center for Youth Law in Washington. Galanter was the principal deputy assistant secretary of the Office of Civil Rights under President Obama. “To exclude repeat filers who are bringing actual violations to your attention is basically ignoring the evidence that’s right in front of your face,” he said.

Most complainants are parents who have never filed similar complaints before, he said.

“The system was set up to prevent complaints from falling from the cracks,” he said. “This new system just creates cracks.”

Marcie Lipsitt has filed approximately 2,400 web accessibility complaints since 2016.  Nearly 1,000 of these have resulted in signed resolution agreements between the institutions and the Education Department’s civil rights division. The resolutions represent 26 state education departments, some of the largest school districts in the country, and, surprisingly, a number of schools for children who are deaf, blind or have low vision.

The settlement negotiated between the OCR and the plaintiffs NFB, NAACP and COPAA reverses the changes in the policy manual.  Complainants can now file multiple times against multiple entities. There is an appeals process in place for cases that were dismissed between March 5, 2018, and November 19, 2018.  Complainants may appeal the dismissed cases from 2018 but must do so before the deadline of April 4, 2020. The agreement also stipulated that the defendants pay a fee to cover the plaintiffs’ legal fees.

The current caseload of OCR accessibility complaints represent nearly every state and include some of the most respected universities in the country, as well as some of the largest school systems.  It speaks of a continued need to pursue accessibility compliance at all levels of our educational system. The Office of Civil Rights of the Department of Education is one of the best resources by which students and advocates can request action to ensure that they receive an equal education.  The resolution of the 2019 case represents the continuing efforts of three of the fiercest advocates for equality and education in the country. Education is the great equalizer, and every student should have the same opportunities to learn and expand their horizons. The OCR of the DEO is an important instrument for protecting those opportunities.

A Civil Rights Activist Filed Thousands of Disability Complaints. Now the Education Department Is Trying to Shut Her Down

National Federation of the Blind and Others Settle Lawsuit against United States Department of Education/DOE to Reopen Investigations, Allow Appeals