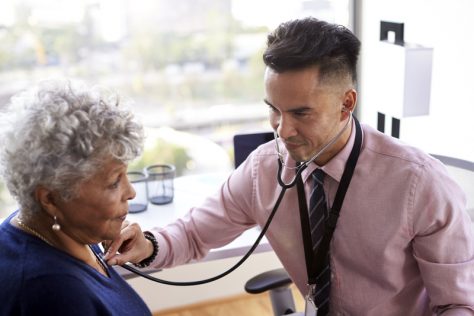 The term, “nothing about us without us,” has been around in concept for hundreds of years, starting as the Latin phrase “Nihil de nobis, sine nobis.” It became a motto people who wanted a say in how they were governed.  The phrase led to “no taxation without representation,” used during the Revolutionary War in the United States. In the 1990s, writer and disability rights activist James Charlton applied the term to the disability rights movement and wrote a book of the same title. He was adamant that people with disabilities know what’s best for themselves. They should have input on laws, guidelines, and accommodations that would work best for them. It has become a battle cry for people with disabilities who work to gain equal representation for legislation and other decisions regarding their needs and accommodations.

Inventions for problems that don’t exist

The number of well-intended inventions by non-disabled inventors that are utterly impractical, or even absurd, demonstrates the need for  people with disabilities to have input into things that affect them

For example, a toothbrush was designed with a wider handle and two brush heads that come together at a 90-degree angle so that people who cannot see to brush their teeth can reach every angle. However, most people don’t actually need to see their teeth to be able to brush them. People who cannot see are no exception; they brush their teeth without thinking much about it just like anyone else. The person developing this tool assumed that people who are blind would need this item. He never thought to seek input from them.

Another “helpful” invention was a yoga mat with raised indicators to help people who are blind position themselves while practicing yoga. The inventor imagined that without sight, people would have no frame of reference to position their bodies- left, right, up, down, back, or front. His good intentions failed to consider what a person who is actually blind might need or want. Had he asked someone who is blind, he would have understood that people don’t need to have sight to know right from left, up from down,  and where their limbs are in space.

Disability advocates should spend time developing ways to make the world more accessible to everyone, not just focusing on cures. The medical community especially must consider input from people with disabilities when encouraging treatment options and respect their decisions.

The unknown identity of Deaf culture

The push for cochlear implants is an example of how well-intending people try to push “cures” on people with disabilities. Without consulting with people who are deaf or hard of hearing, hearing people often incorrectly assume that cochlear implants quickly “cure” hearing loss. Advocates often overlook the fact that it can take years to learn to interpret the electrical signals the implant sends to the auditory nerve. Moreover, viewing cochlear implants as “cures” suggests that deafness is a disease from which someone wants to be cured. But someone who is deaf may not actually see it that way.

American Sign Language (ASL) users often embrace the ASL culture as a big part of their identity.  Actress Emily Howlett embraced her deafness and the deaf community. Her audiologist strongly encouraged her to consider cochlear implants, but could not guarantee she would have much improvement. She declined, explaining, “My identity is a deaf person now. I didn’t go to deaf school, and I didn’t grow up with deaf peers, but I’m deaf now and it’s me. I’m not sure I want to change that.”

Not everyone wants a “cure”

Spinal Muscular Atrophy (SMA), a genetic condition that causes debilitating muscle weakness, is a condition for which researchers have recently gained hope for a treatment.  Those with SMA regard this “cure” with mixed feelings.  The proposed treatment could improve survival chances for babies, who often don’t survive past 2 years with SMA. Recently diagnosed patients may also see improvement with the treatment. However, people like memoirist Ben Mattlin, who uses a wheelchair, do not see the drug as a “miracle.” The drug works only marginally for people who have had SMA for a long time. It also has a number of possible side effects and is wildly expensive.

But many people still have encouraged people like Mattlin to embrace the treatment despite the financial and physical risks for the sake of even slight “improvement” to their condition. Mattlin has had SMA since birth. He embraces the disability as part of his identity and changing it would go against his values. “My primary objection comes from my hard-won sense of self-esteem. Long ago I decided that if I was going to like myself, I had to make friends with the disability that was inherently part of me.”

What would someone who is actually disabled prefer? They want people who have disabilities to have a chance to accurately represent themselves in the media.  The TV show Breaking Bad featured actor RJ Mitte, playing the role of Walter, Jr.. Mitte and the character he portrays both have cerebral palsy. Marlee Matlin is an actress who is deaf and earned an Academy Award for her portrayal of a deaf woman in the 1987 movie Children of a Lesser God.

Including input from PWD

So what can you do to contribute to the “nothing about us without us” movement? Ask! The most important thing is to get the input of people with disabilities in every accessibility decision. If you’re creating an accessibility statement, ask employees with disabilities to see what elements would be most meaningful. Maybe you are working on making your physical office more accessible. Ask your employees what each of them would find most helpful in or around their workspace. If you want to make sure your documents and digital resources are accessible, do more than just making sure they are technically ADA compliant. Ask employees or customers who actually use screen readers to review your website and resources to determine whether they can successfully and easily navigate each section to find the information they need.

If you simply want to help someone may be disabled, just say hello and ask if you can help. Never assume that they need assistance, and certainly never touch them to “help” without asking and receiving permission first.