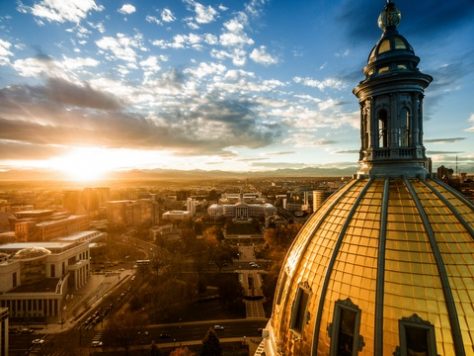 Colorado became the first state in the country to legally mandate website accessibility for state and local governments on June 30, 2021. HB21-1110 now specifically requires state and local agencies to remove any digital accessibility barriers or face legal repercussions at the state level. Representative David Ortiz, who introduced the bill, says, “Every Coloradan should be able to access state services and information online, but not all state websites and services are accessible to people with disabilities.”

The law calls for Colorado’s Office of Information Technology (OIT) to develop a set of standards for state and local agencies to follow by July 1 of 2022. The OIT will consult people with disabilities and international standards, like Web Content Accessibility Guidelines (WCAG), to develop these standards. Once in place, agencies will have two more years, until July 1, 2024,  to develop and implement an accessibility plan.

Currently, no set digital accessibility standards exist on a federal level, except those in Section 508. The Department of Justice has never specified what digital accessibility standards businesses and other organizations must follow to comply with the ADA despite repeated requests from advocates and businesses alike. Different administrations have prioritized and tabled the issue over and over again, citing “flexibility” as the reason regulations aren’t necessary.

Digital accessibility violations are commonly prosecuted under the umbrella of civil rights violations, with websites being considered public accommodation or at least services offered by public accommodations. Creating regulations will take the guesswork out of compliance for state and local agencies. It also allows defendants to pinpoint exactly what makes the digital resource inaccessible. By making legal standards clear, defendants can’t argue an accessibility lawsuit violates their due process rights.

HB21-1110 also calls for consequences when agencies fail to follow OIT’s set standards. Violators could face injunctive relief in the form of a court order to fix the inaccessible website. Courts may also impose monetary damages or require the defendant to pay the plaintiff a fine of $3500. The key to these consequences is that injunctive relief comes first.  According to Colorado Newsline, Ortiz commented, “Injunctive relief is making it so that it’s not punitive: If you’re not accessible, just fix it.”

Ortiz, the first person in the Colorado General Assembly to use a wheelchair, introduced the bill this year. This bill makes digital accessibility enforceable on the state level, not just on the federal level. Lawmakers hope that will make enforcement easier for districts farther away from federal courts in the state capital. Julie Reiskin, executive director of the Colorado Cross-Disability Coalition, predicts that other states may follow suit now that the precedent has been set.