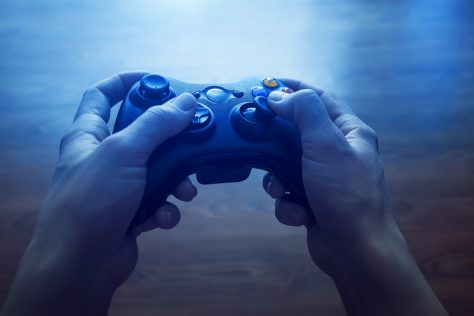 Gaming is a vast and ever-evolving market. The competition is fierce.  Video games are available on many platforms: mobile, console, PC and interactive media.  And everyone wants to play. Even those who might never have played a console or PC game have probably been tempted by the games available on their smartphone or tablet.

But not everyone can play.  Many games are completely or partially inaccessible to people with disabilities.  If the game has audio clues, or too much sound going on, people who are deaf or those with partial hearing loss can miss out on cues needed to play well.  People with motor disabilities may be unable to work the complex controllers that come with consoles or activate the correct keys for PC gaming. Touchscreen gaming can be frustrating and difficult for many gamers – and it’s harder or impossible for those with motor disabilities or those who are blind.  Many console controllers are not usable for people with physical disabilities. While many (or even most) video games are designed for visual interaction, many can be designed to include cues, markers, and special modes that would allow those with visual disabilities to play as well.

The Coin is Real

Video games are one of the biggest industries in the US and globally.  More than double the music and movie industries in 2008, the industry reported sales in 2017 of  $108.9 billion globally, $25.06 billion in the US alone.

Video game companies are getting the message.  They have heard the complaints about lack of accessibility features like captioning for the deaf and hard of hearing, and audio features for people who are blind or have low vision.  Microsoft learned that people with physical disabilities want to play too and developed accessible gaming controllers.

Gaming companies are learning to include testers and developers with disabilities, so they can obtain usable feedback about how to making gaming more accessible. There are even organizations whose sole purpose is to help make games more accessible, like AbleGamers in the US and Special Effect in the UK.

It is possible to develop games that everyone can play – and to add modes and tools for people with disabilities.  Some games are surprisingly accessible natively – some blind gamers are quite good at Mortal Kombat using audio clues and due to the simple perspective of the game.  Some people with hearing loss find being able to turn off the music in a game allows them to pick up in-game audio clues more easily. Closed captioning can ensure that audio dialog important for the game experience isn’t missed.  The ability to adjust the way the controller interacts with the environment can make gaming easier for people with motor disabilities (or those who are just terrible at gaming!).

Gaming Websites Need to Be Accessible Too

It’s not just the games themselves that need to be accessible.  It’s also the home and community websites connected with those games. Even games that are on consoles will generally have a website, as will those available directly on PCs or mobile devices.  The website houses advertising and trailers for the game, download links, purchase options, game clips, how-to manuals, support access, and online communities to discuss strategy, obtain assistance, and facilitate discussion. Those websites need to be accessible to all the players. People with disabilities need to be able to learn about, purchase, and secure support for games through these gaming websites.  Additionally, many parents supervise their kids’ gaming and purchase games for them, and those parents with disabilities need to be able to access gaming websites in order to do that.

Complaints are Not the Worst of It

People with disabilities complaining about the inaccessibility of games and their websites are not the only risk.  Losing out on nearly 20% of the market is not the only risk. Now people with disabilities are filing lawsuits to protest inaccessible gaming websites. Twenty percent of accessibility lawsuits filed in 2018 fell into in the Consumer and Business services category, and gaming is part of that category.    And these lawsuits are completely avoidable – if companies are proactive about accessibility and ensuring their websites are compliant with ADA standards.

The good news is that making websites accessible substantially improves their usability, increasing market share.  The additional content such as text alternative descriptions for images, along with transcripts and closed captioning for videos, can boost SEO and make websites and products more visible to internet searches. Making gaming and gaming websites more inclusive improves public perception, and, most importantly, ensures that everyone who wants to can play.